The development of a high-speed rail link between Johannesburg and Durban could potentially remove between 1.9-million tons and 3.6-million tons a year of freight volumes off South Africa’s roads, a prefeasibility study (PFS) has found.

However, with the development of a R160-billion high-speed rail route, based on Japan’s Shinkansen rail, the volume could reach between 2.5-million and 4.2-million tons a year.

The study, which was undertaken from August 2011 to February 2012, compared three routes from Johannesburg to Durban, including a railway running parallel to the current system, navigating through Newcastle.

The high-speed rail development could reduce travelling time for passengers to three hours, travelling at 300 km/h, from morning to late evening, while freight transport time could be reduced to five hours, at 160 km/h during the night.

This was compared with the current forecast of 600 000 train travellers, 2.2-million vehicles and 3.9-million air travellers expected to travel between Johannesburg and Durban each year by 2050.

The Tambo Springs inland port was revealed as the most cost-effective and environment-friendly location for a Johannesburg-based freight station, while Germiston station proved the most viable passenger station ahead of Johannesburg station and Marlboro station, said Sakon.

The study found that, should the proposed project advance, it would result in economic development, social upliftment, job creation, a reduction in road accidents and less stress on the country’s already strained roads.

Sakon noted that a number of approvals were still required to move the project forward, including the Department of Transport’s (DoT’s) authorisation to embark on a feasibility study.

DoT deputy director-general Dr Lanfranc Situma said the department was currently examining the study and would present it to Cabinet once it had determined the benefits the project could hold for South Africa.

JAPAN COMMITS TO SA RAIL DEVELOPMENT
The release of the PFS comes as a South African delegation to Japan last week secured commitment from the Asian country to invest in South Africa’s rail industry, while ensuring sufficient skills transfer.

However, she noted that South Africa would not buy or develop the required technology without assurance that it would help tackle the country’s social challenges, enable skills transfer, boost investment and ensure economic development, job creation and local beneficiation.

The delegation, led by Bhengu and comprising chairpersons from the portfolio committees on Public Enterprises and Economic Development, on Sunday completed a week-long tour of Japan’s railway systems, while meeting with government and private rail companies to analyse the link between transport and economic benefits. 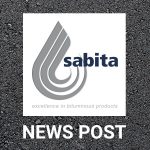