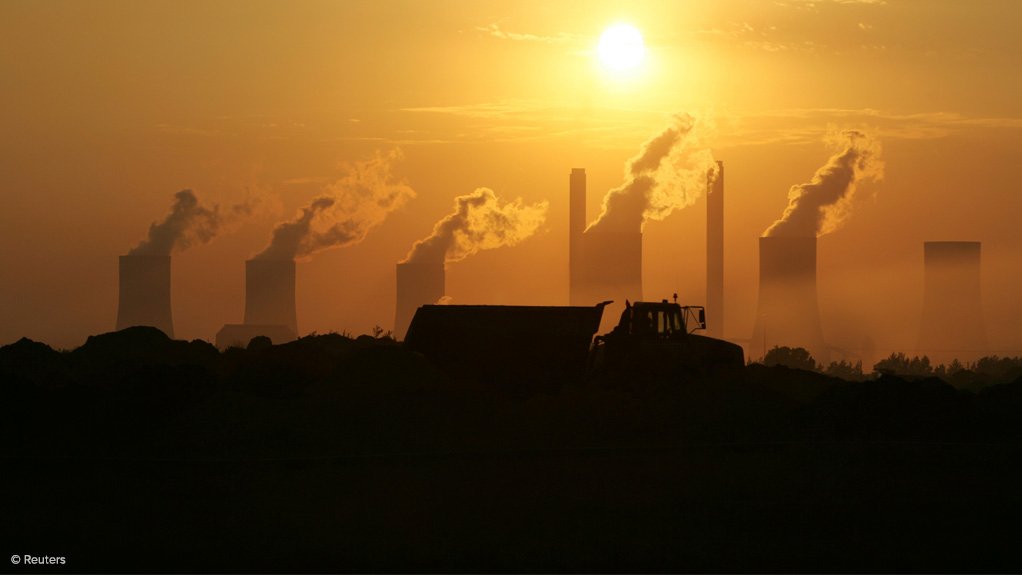 Business Unity South African (Busa) has added its voice to the chorus of opposition to the South African government’s proposal to introduce a carbon tax from January 1, 2015.

The National Treasury is in the process of sifting through a number of comments, including Busa’s, in response to a policy paper released earlier in which it proposes a tax rate of R120/t of carbon dioxide equivalent, increasing at 10% a year during the first phase, from 2015 to 2019.

The department is aiming to complete draft legislation (which itself will be published for public comment) by the end of 2013 or in early 2014.

In a 58-page submission to the National Treasury, Busa did not opposed the tax in itself, saying it might eventually be needed to reduce the country’s carbon emissions.

A similar point was made recently by the National Treasury’s colleagues at the Department of Trade and Industry (DTI), who told Parliamentarians recently that concurrent support measures would have to be linked to the carbon tax to purposively promote structural change across industry.

The DTI also argued that any carbon tax would have to take account of key structural features of the domestic economy to avoid the “real risk of shrinking or even closing existing energy-intensive sectors”.

Energy and chemicals group Sasol told lawmakers during the same hearings that the proposed tax ran contrary to South Africa’s aspiration to increase levels of mineral beneficiation, describing it as punitive and onerous.

Busa also picked up on the point, arguing that the proposed carbon-tax rate and the level of protection for vulnerable energy-intensive and trade-exposed sectors appeared to be respectively higher and lower than South Africa’s key competitors.

“South Africa’s competitor commodity exporters outside Australia (Canada, Brazil, etc) do not have a carbon tax and there is the possibility that Australia may yet abolish its carbon tax, depending on the outcome of its forthcoming elections.”

As with other critics, Busa also argued that the imposition of a carbon tax on the electricity sector would simply raise costs for the economy, without necessarily reducing emissions from the sector.

It also argued that the policy paper failed to recognise any of the current existing carbon-price instruments, including the carbon tax on motor vehicles, the levy on non-renewable electricity and the proposed biofuel levy.

Sasol indicated that parts of its business could be exposed to payments of as much as R170/t.

Busa also crticised what it described as a lack of clarity on elements of the carbon tax design and called for the compilation of a separate comprehensive regulatory impact assessment, which could be considered in conjunction with a World Bank study into the socioeconomic impact of carbon tax. The World Bank modelling is being conducted under the aegis of the Partnership for Market Readiness and is expected to be published during 2014.

Earlier the South African Chamber of Commerce and Industry (Sacci) argued that, while it was supportive of measures to reduce carbon emissions in principle, these would have to remain tax neutral. It complained that the paper contained little detail, or commitments, on the revenue-recycling options, such as tax credits and other offsets.

“Because the carbon tax will be sizeable and revenue recycling is still unclear, there is a deep concern that the tax will not be applied to mitigation,” Sacci CEO Neren Rau argued.

Busa went further to state that, with the appointment of a tax-focused committee of enquiry under Judge Dennis Davis subsequent to the original proposal for a carbon tax, it would be valuable to assess how a carbon tax would eventually fit into a wider programme of tax reform.

The organisation added that South Africa’s carbon tax should not be imposed in isolation of global negotiations, which are expected to concretise a formal commitment by South Africa on carbon emissions only by the end of 2015, for implementation in 2020.

“Busa therefore recommends that the National Treasury awaits the outcome of the other processes under way and that a revised version of the latest consultative paper should be published before any attempt is made to develop the legislative framework for the imposition of a carbon tax in South Africa.”